“BAKILI” Football Club was formed by Ebilov Misir Settar oglu in 1995-96 years and consisted of the amateur footballers. Officially it was registered as “ARAZ” Football Club at the Ministry of Justice in March,27th,1997.

Since February,3rd, 1998 the club is called “BAKILI”. The club played its first match in the first group at the 6th national championship in 1995-96 years.

That season the club played successfully and became the leader of the championship and therefore gained the right to play at the higher league.

At the higher league the club was represented by the professional footballers and the legioneers invited from the Ukraine.

Important Info – We are starting a new site on black sand for aquarium. Please check it out.

Noteworthy that the club is the first to invite the foreign legioneers among the national teams. The football team is mainly financed by its founder and president Ebilov Misir Settar oglu.

The football club has already got the permission to build the stadium which will be situated in Baku city, at one of the most beautiful districts, between two national parks.

The stadium is intended to host 15190 persons and will have two floors. For more details about the stadium go to our plans site. 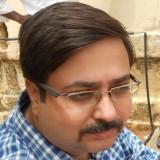